Mainspring is pleased to announce a new concert series launching this summer. The “Small Town Saturday Night” Concert Series will feature singer-songwriters from the Driftless Region on three Saturday nights in July and August.

The series will kick off on Saturday, July 10 with Humbird, an Americana folk group from Minneapolis. On Saturday, July 24, Jerrika Mighelle from Eau Claire, WI, will perform. Rounding out the series on Saturday, August 14 will be local singer-songwriter Aaron Van Ravenhorst.

The series will kick off on Saturday, July 10 with Humbird, an Americana folk trio from Minneapolis. Combining a wintry longing with the warmth of a familiar folktale, Humbird stretches between experimental folk and environmental Americana to embrace the unexpected. This music invites a refreshing dissonance into the house, it leaves breadcrumbs along the path and reflects light back at the stars.

Saturday, July 24 features Jerrika Mighelle from Eau Claire, WI, known for her singular vocals and folk sound. Wisconsin singer/songwriter Jerrika Mighelle released her first solo album “Like the Sea” in January of 2017. This album has been described as a weighty and atmospheric gem, rife with raw emotions and existential longing. She has toured the midwest gaining attention for her haunting vocals and charming stage presence. Her second album “Brightest Star”, released on February 24th, 2021, was written after the sudden passing of her beloved mother. This album is a culmination of the songs she wrote while trying to process this death, and also in an effort to reach her mother through the power of song. Jerrika’s love of music has spread to radio as she hosts her own show on ConvergeRadio.org called Tunes From the Womb in which she plays women/queer/BIPOC centric tunes.

The series wraps up on Saturday, August 14th with singer songwriter Aaron VanRavenhorst. Born into a home full of instruments, picking up the guitar at a young age was just a part of growing up for singer and songwriter Aaron VanRavenhorst. A highly introspective individual, VanRavenhorst uses music as a tool to reflect on his experiences and express his emotions. His diary-like songwriting style is a raw and vulnerable look into his growth through life. A Caledonia, MN native, VanRavenhorst released the music video “Headspace” in March 2021, which was recorded in Mainspring.

This activity is made possible by the voters of Minnesota through a grant from the Southeastern Minnesota Arts Council thanks to a legislative appropriation from the arts & cultural heritage fund. 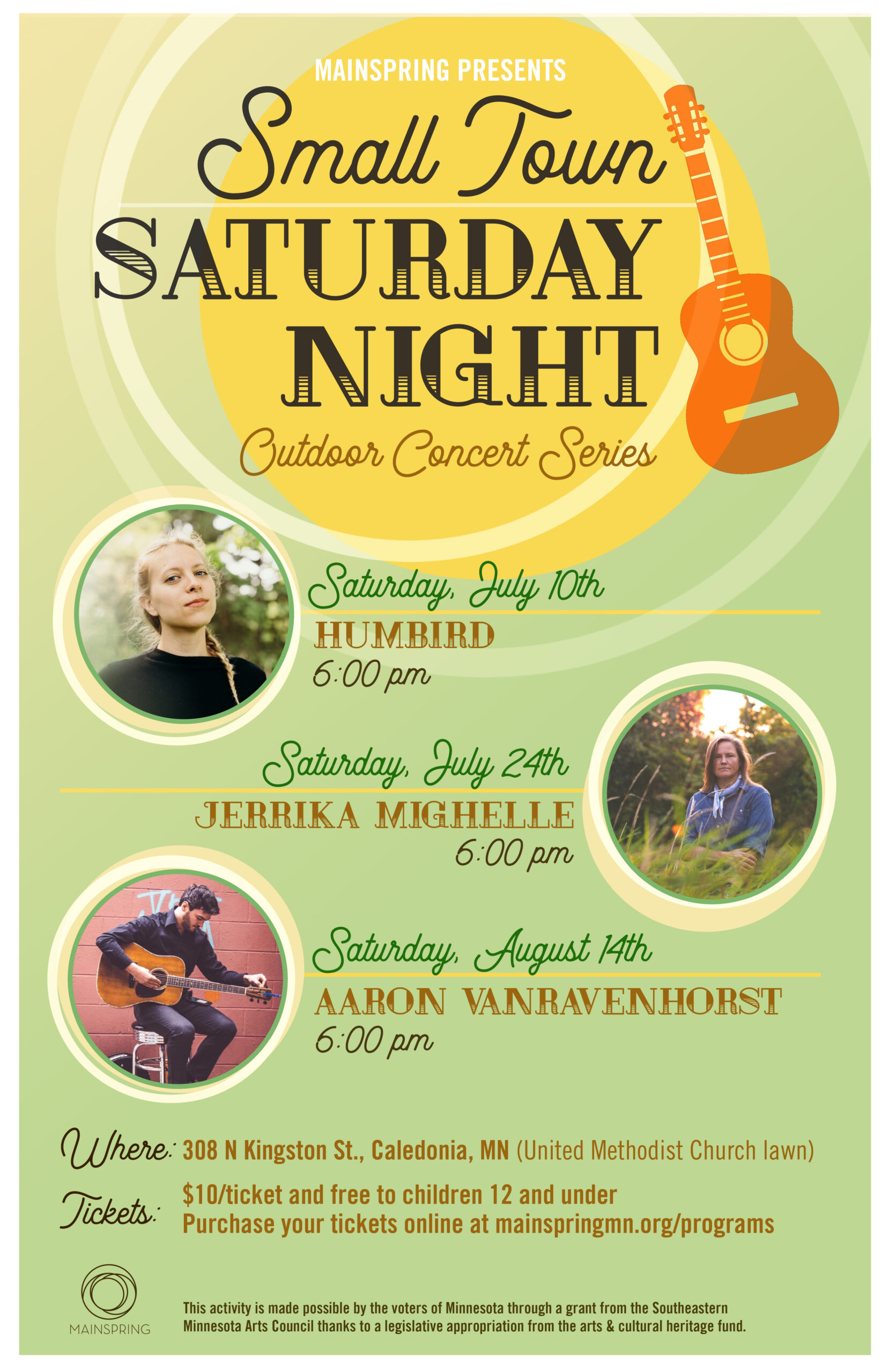 Houston County Art for All Ages

The Caledonia Public Library, Minnesota Conservatory for the Arts, and Mainspring are excited to announce a second session of virtual programming for both youth and adults this fall. The new round of classes offers flexibility and a make-your-own schedule approach to participation. All of these opportunities are free, but registration is required.

This project is made possible with money from Minnesota’s Arts and Cultural Heritage Fund and the people of Minnesota for Library Legacy activities. All programs will be free to participate, however registration through the links above is required. 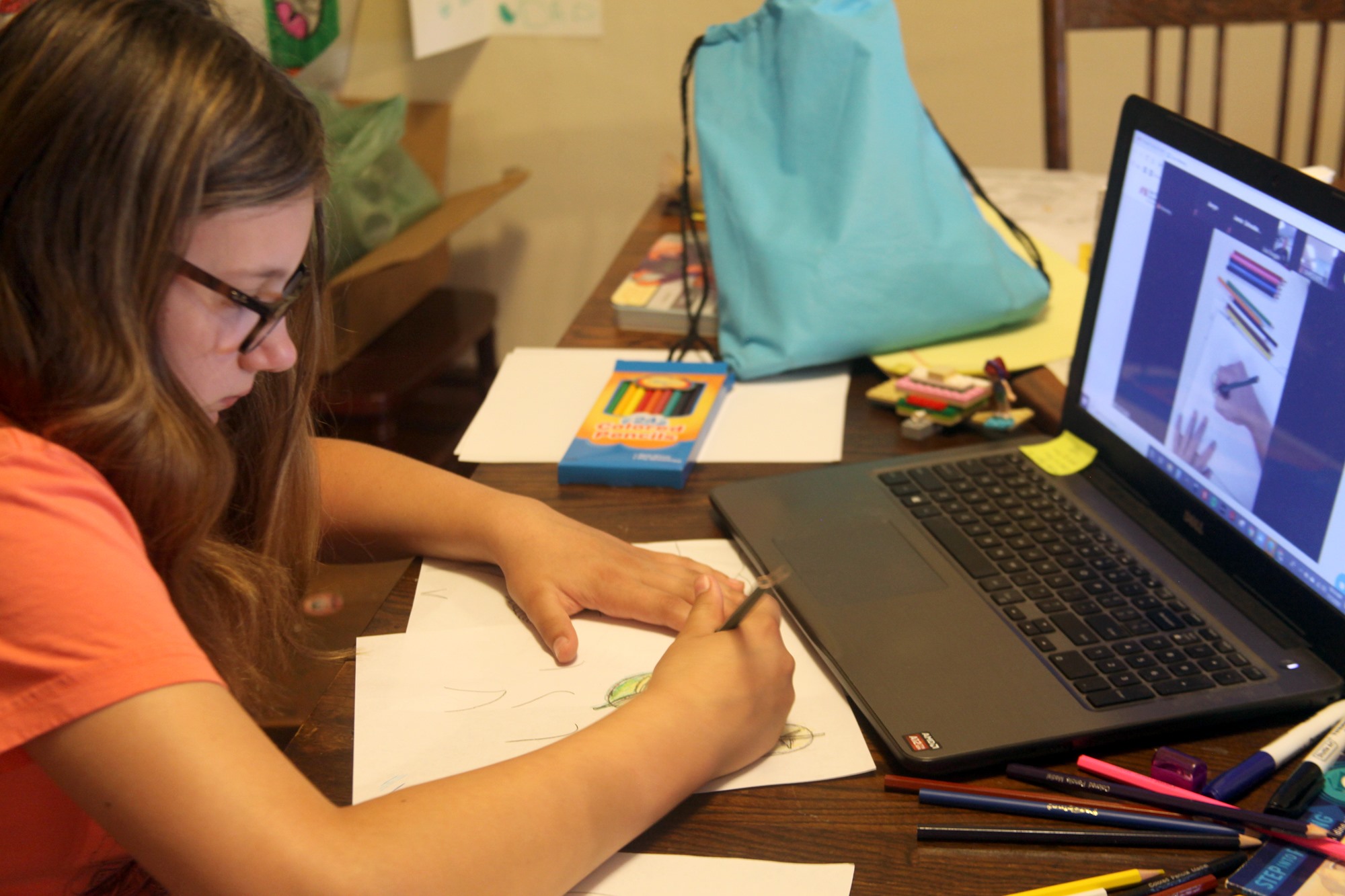 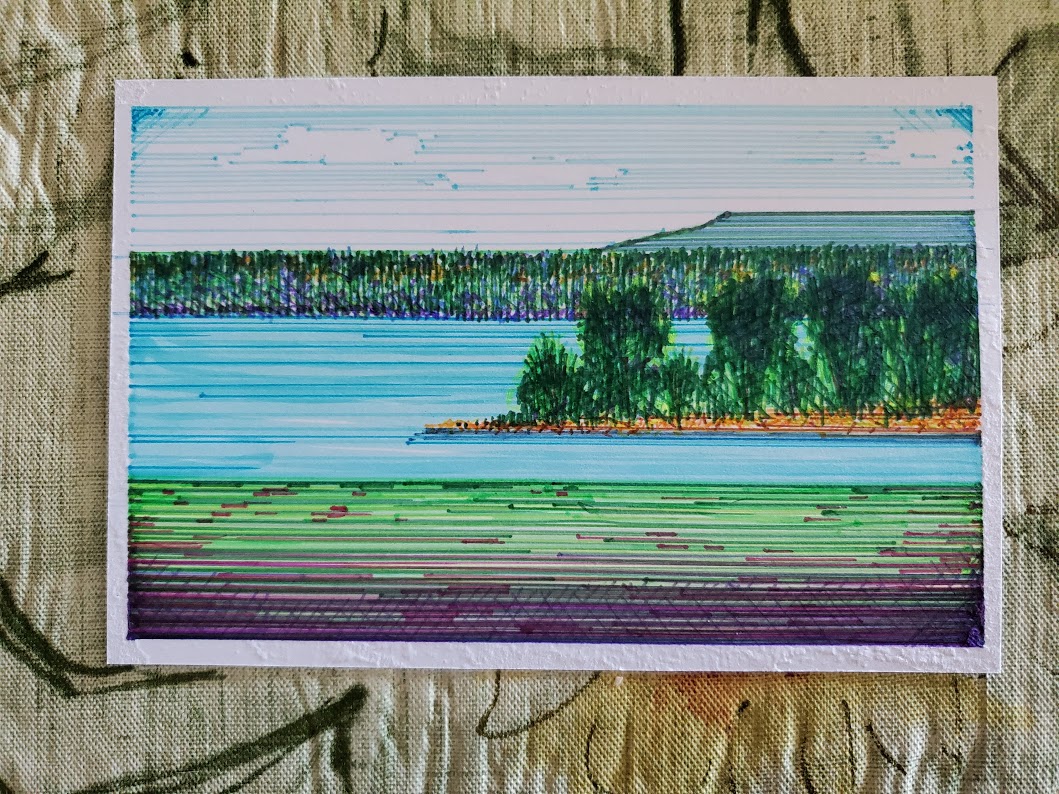